In the previous tip that I wrote, I extolled the benefits of rapid test-driven development using the continuous testing feature of Bndtools. This is a short follow-up post with a technique I developed to leverage this while developing an Eclipse plugin.

I preface what follows with the disclaimer: I do not claim to be an Eclipse plugin developer expert. I hope I’m not being too critical or unfair. The following is based on my honest experience with development in the Bndtools core, and in particular with the development of Bndtool’s quick fix processor (for more information on the quick fix processor, please see this informative blog post by @pkriens).

Eclipse plugin development presents some of its own challenges when it comes to doing TDD. In particular, Eclipse has the concept of extension points and the Extension Registry. I’m not sure of the history of the Extension Registry and extension points, but coming to it as a relative outsider who learned “plain” OSGi at the same time, I would have to say that its existence seems rather unfortunate, and I can only assume it’s still around because of history and inertia. I say this because in many ways, its functionality seems to me to duplicate the built-in OSGi service registry, and is therefore an unnecessary additional layer with the associated maintenance that entails. 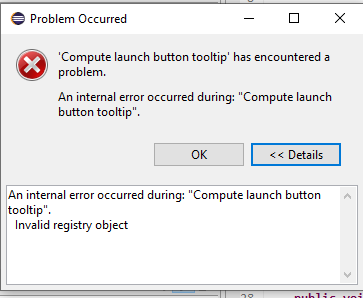 There’s no way (that I know) to fix this - you have to stop the instance and restart it. This makes TDD-style development impractically slow. Furthermore, possibly because the extension registry was not designed to be dynamic, there are parts of the core Eclipse code that statically obtain and cache references to the installed plugins that they are interested in, which means even if you could restart the registered extension, the clients of that extension at best may not notice, and at worst would start to fail at runtime. I faced both of these issues while trying to develop the quick fix processor, and they got so frustrating I tried to find a way around them.

Enter the “facade” pattern (I’m open to better names…). In this pattern:

With this approach, I was once again able to develop BuildpathQuickFixProcessor using TDD - Bndtools would re-compile it, then re-bundle & re-deploy bndtools.core.services into my running framework. Because all of the extension point implementations are contained in bndtools.core (which doesn’t restart in this workflow), I no longer run into those annoying registry errors that plagued my earlier attempts at doing TDD. The result was to be able to rapidly add many new features to the quick fix processor with the confidence that they were also well tested.

Thanks father Krieg, these blogs are extremely helpful and informative.

I’ve been pondering this facade pattern a bit recently, and it occurred to me that there are a few similarities between it and the proxy reference injection that Blueprint uses. The difference is the behaviour when the backing service is not present - in the facade implementation I put in place for the quick fix processor, it would return sensible defaults if the backing service was not present; in Blueprint it will block until the backing service is present (or optionally throw ServiceUnavailableException if a timeout is configured and it expires).

(Disclaimer: I’ve never used Blueprint; the above is based on my reading of the spec, but I’m not an expert by any stretch of the imagination…)